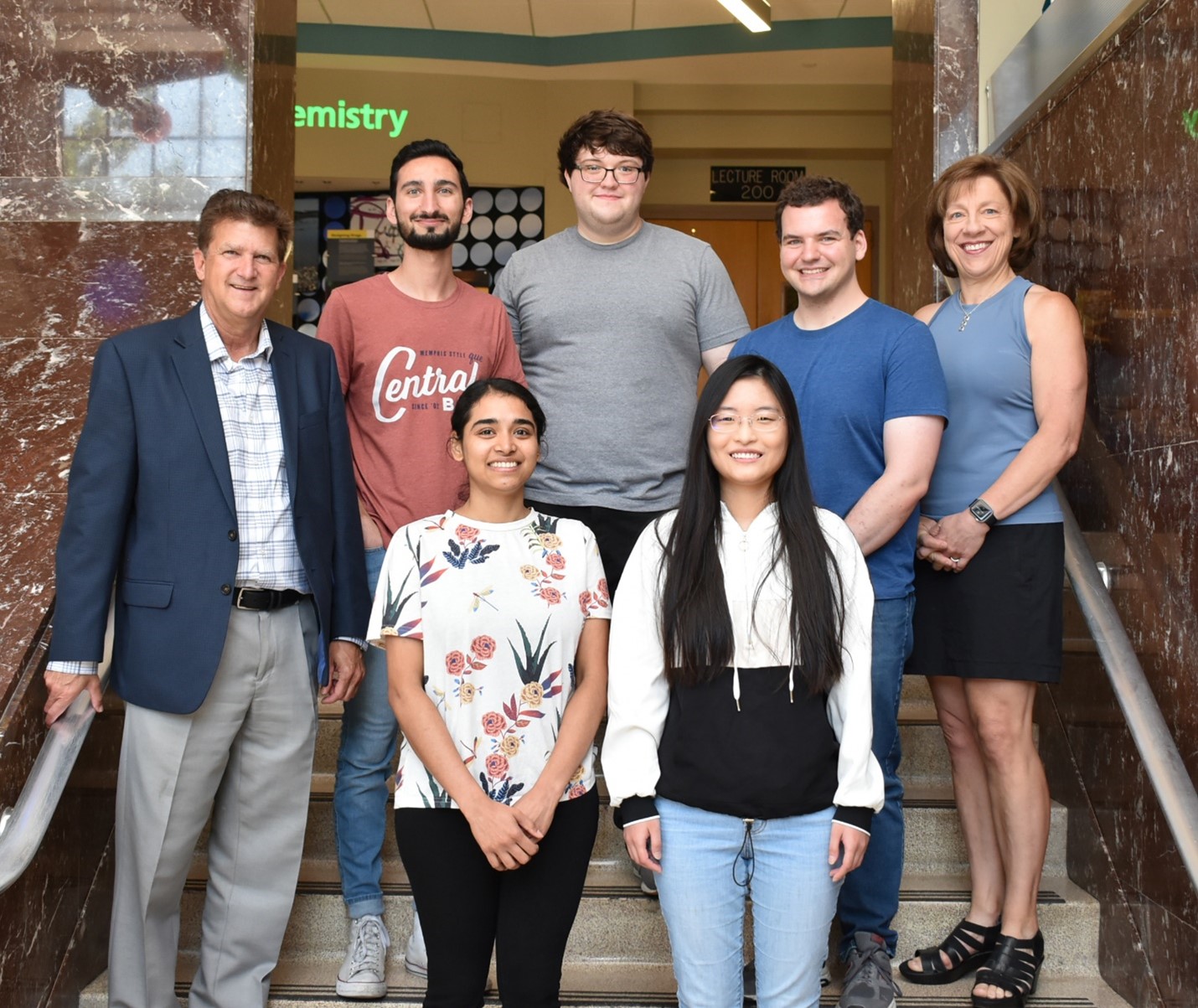 I was born in Henan, China in 1997. After completing my high school studies in China, I attended Beloit College, Wisconsin, where I majored in Chemistry and minored in Japanese. As an undergraduate researcher, I worked in Prof. Barry Thompson’s group at the University of Southern California during the Summer of 2018, and synthesized amide-functionalized conjugated polymers via Direct Arylation Polymerization (DArP). Upon graduation from Beloit College, I began my Ph.D. studies at Purdue University and joined Prof. Bryan Boudouris’s group in the Fall of 2019. My current research focuses on designing and synthesizing novel functional radical polymers for organic electronic applications. I am sincerely honored to have been selected as the recipient of the Sun Polymers Summer Fellowship, which has allowed me focus on my research project and achieve my academic goals in graduate school.

I am a 4th year PhD student in the Department of Chemistry at Purdue University. I am originally from India and got my master’s degree in Chemistry at University of Hyderabad before coming to Purdue to pursue my graduate studies. My PhD work focuses on developing asymmetric ring opening reactions of unstrained heterocycles using cobalt metal catalysis.

My name is Michael Jorgensen, and I am entering my 5th year of graduate school in the Chmielewski lab at Purdue. I grew up in Chicago and pursued my undergraduate studies in chemical engineering at the University of Illinois at Urbana-Champaign. At Purdue, I’ve been researching peptide-based materials for a variety of biological applications. Specifically, I have created a three-dimensional mesh for potential tumor modeling, crystals for room temperature storage of biologics, and nanotubes for controlled drug delivery and release. Being a Sun Polymers Scholar allowed me to not only focus on my research during this summer but also present a poster and give an oral presentation at the International Metal-Binding Peptide Conference.

My name is Hani Lakkis, and I am a native of Folsom, CA. I went to undergrad at UCLA where I found my love for chemistry while doing undergraduate research. At Purdue, my research focuses on the synthesis of hormones from Streptomyces bacteria—a common bacteria found in the soil—for use in natural product discovery. Streptomyces use gamma-butyrolactone hormones to signal production of antibiotics, antifungal agents, antiparasitic agents, and more in their fight against other bacteria in the soil that want to kill them. Our goal is to use those hormones to discover new natural products from Streptomyces that have the potential to be therapeutically important.

John Gulliver is from Levittown, Pennsylvania, a small suburb 30 minutes outside the city of Philadelphia. At Purdue, John works under the guidance of Prof. Arun K. Ghosh as an upcoming fourth-year graduate student. His current projects involve the total synthesis of complex, highly potent natural products and the development of novel HIV protease inhibitors for the treatment of HIV. Upon graduation, John hopes to spend several years in a post-doctoral position, followed by creating his own start-up developing druggable compounds for underrepresented diseases.